NBA Surprises in the Eastern Conference 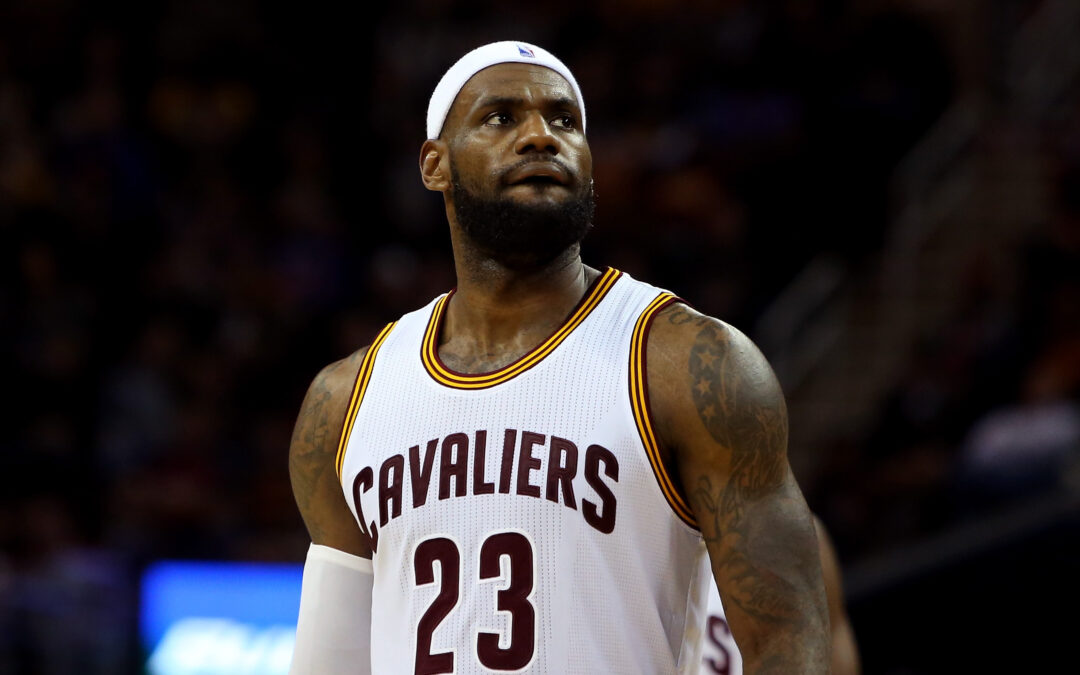 This has been an absolutely sensational season, with very few things going the way pundits (myself included) have predicted. We’re going to take a look at each team in the East and the things that have surprised me the most as we are about a third of the way thru the season.

Eastern Conference: A quick aside about the East. I have been surprised by the amount of people who are proclaiming the East is now better than the West. I understand a slight overreaction to the East’s progress since it has been dreadful the past couple seasons. However, now it seems everyone is mistaking the mistake of propping up a bunch of solid, middle class teams and putting them at a higher status than they should be. This conference still belongs to the Cavaliers, and so far no team has approached them as a legitimate challenger yet. It’s still early though, so hopefully this dynamic will change come playoff time. In the meantime, you can check the best NBA predictions at Skybook.

Atlanta Hawks: The fact that they are tied for the eighth seed as I am writing this article is stunning to me. I suspect they are going to be a team that will push strongly at the trade deadline to alter its roster. However, if things start to slide I fully expect teams to inquire about Al Horford and Kyle Korver (I’m looking at you Memphis).

Boston Celtics: Once again, I have underestimated the value of having one of the best coaches in basketball on the Celtic sideline. Not to mention I did not think that the sum of good players they have was enough without a “star”. Shame on me. They have convinced me that they will make the playoffs again, barring injury. Plus, they might be receiving a top 3 pick from the abominable Brooklyn Nets, one of the rather unfortunate consequences of acquiring Paul Pierce and Kevin Garnett a few seasons ago.

Brooklyn Nets: Speaking of the Nets… they are awful to watch. I thought they might have a chance to be okay, but not a playoff team by any means. This is far worse than I envisioned. The situation is bleak for the Nets for the foreseeable future too. The owner, Mikhail Prokhorov, is looking to sell this eye-sore. I’ll be stunned if Joe Johnson isn’t bought out, even more so if some team is desperate enough to trade for that contract of his. And to make matters worse, because of the aforementioned deal with the Celtics for Pierce and Garnett the Nets will be sending even more picks to the Celtics in the coming seasons. This makes rebuilding infinitely more difficult. This situation is even worse than the 76ers, and that is shocking.

Charlotte Hornets: I missed out on the Hornets. I thought that they wouldn’t be close to a playoff team, which at this point looks rather foolish on my part. MJ seems to have found a good collection of players that play well together, and he very wisely locked up head coach Steve Clifford to a multiyear extension. After years of ineptitude I have become conditioned to assuming the worst of this franchise, and that was very irresponsible of me. This will be an interesting team to look at come trade deadline too.

Chicago Bulls: This team is so weird. I cannot understand them. They are currently sitting at second place in the East and yet I have no faith in them whatsoever of beating the Cavs. Derrick Rose continues to be maddeningly inefficient, so much so that the Bulls have a better plus/minus ratio when he is off the floor, this according to ESPN. This is just a microcosm of the overall concerns this team has. They’re 4-0 versus the Spurs, Clippers, Thunder and the Cavs this season, which is very impressive. Then they turn around and lose to Phoenix soundly. It’s bizarre. This team has not fixed its mental and emotional problems, and they are primed to trend in the wrong direction, especially with D-Rose’s play going the way it is. It’s a good thing this team is so talented and deep, but my goodness can they get their act together?

Cleveland Cavaliers: There really isn’t too much to say about the Cavs. They are the prohibitive favorites in this conference. When Kyrie Irving comes back, which allegedly is tomorrow night, the conference will be a wrap. The biggest surprise so far to me is that LeBron is playing so many minutes. He has said several times that he desires more rest during the regular season, but his minutes are not reflecting that. And don’t say that it’s David Blatt’s job to restrict his minutes, because we all know that is not how that dynamic works. Hopefully this will not be an issue once Irving is fully acclimated to the rotation again.

Detroit Pistons: ANDRE DRUMMOND!!!! He has been sensational. I thought he would be better this season, but not this. This is so wonderfully exciting. Stan Van Gundy has very quietly started to resurrect what he had in Orlando with prime Dwight Howard. This is yet another example of good coaching raising the level of talent to a different level. ANDRE DRUMMOND!!!

Indiana Pacers: Yet another team I have misjudged. I thought they were going to make the playoffs simply because Paul George is that good, but there were so many unknowns surrounding him that I thought they would barely squeak into the playoffs. I should have known that head coach Frank Vogel would find a way to mold this team into yet another top defensive unit, but I didn’t think he would be able to couple that with a much faster pace of play on the offensive end to match it. Kudos to the Pacers, and thank God Paul George is back at a high level.

Miami Heat: The number of pundits that are all over this team is astounding. They have played an absurd amount of their games so far at home, with very few road games. Before we all collectively crown them as Cleveland’s biggest threat, let’s see how they do when the schedule evens out. I believe they are in fact a top three team in the East, but my goodness let’s all pump the brakes and wait to see what they do. It will be interesting to see if the Heat decide to move Hassan Whiteside in favor of a cheaper alternative in Dwight Howard, or some other unknown player. I have also been mildly surprised that one of my all-time favorite players, Dwyane Wade, has been able to stay as healthy as he has. Before Wade has a last dance, I would love to see a Cleveland versus Miami playoff series, and if Wade is healthy odds are that will happen.

Milwaukee Bucks: This team has really disappointed me. I thought that the addition of Greg Monroe would vault this team into a different plane. I ignored the possibility that it would take time to integrate a player like Monroe into this lineup and still continue to progress without any bumps in the road. In short, this team has regressed quite a bit. Outside of their defeat of the recently undefeated Golden State Warriors, this season has been as lackluster as it gets. They even spoiled their biggest accomplishment by losing their next game to the lowly Los Angeles Lakers. I had them as a solid lock to make the playoffs, but at this point that is not going to happen.

New York Knicks: Kristaps Porzingis has seemingly revived basketball in the hearts of Knicks fans everywhere. He has progressed so well that even Carmelo Anthony is willing to share this team with him. The Knicks are a truly respectable team now, and yet no one has really mentioned Phil Jackson’s name for some reason. I guess he knows what he’s doing after all. This team will be fascinating to watch going forward, and maybe they’ll be able to involve themselves in some trade discussions as a third team to acquire some more assets in the future. The Knicks being relevant is always a boon for the NBA.

Philadelphia 76ers: Dumpster fire. That is the image that comes to mind every time I think of the 76ers. It’s so sad. I knew they would be bad, but not potentially the worst team of all time bad. This team has the potential to LOSE at least 72 games. This is unfathomable to me, yet the 76ers can achieve this loathsome feat. I actually think Sam Hinkie’s plan can work, it’s just that they have had rotten injury luck (Joel Embiid) to go along with their lack of talent. I hope the 76ers get their superstar soon so that they can stop hurting my eyes with this product.

Orlando Magic: I can’t explain what the Magic are doing right now. I had them in about the same bracket as the Nets, ok but not playoff-bound. Unlike the Nets, the Magic are going in the right direction. They seem to have a young core that has potential, although what their ceiling is has yet to be seen. I thought they would be irrelevant this season, but they are far from it. I fully anticipate that they will be hanging around the Eastern Conference playoff picture for the rest of the season.

Toronto Raptors: This team has been mildly impressive so far. After their disastrous playoff series against the Wizards, I wasn’t sure how the North would respond. Well, they have emphatically answered that they are just fine. They have proven that they have the potential to make the Eastern Conference Finals to me, assuming they don’t run into Cleveland before then. Kyle Lowry continues to be a treat to watch. Their success doesn’t appear to be a fluke and I would not be surprised if they finished second in the East come playoff time. This team is still a piece or two away from really being strong, and I am very curious about what they will do when the trade deadline rolls around.

Washington Wizards: Oddly enough, I’m not that down on the Wizards. They are underachieving right now, there is no question about that. I just don’t think they are that far off from being good again. It appears the front court of Marcin Gortat and Nene has run its course, and the Wizards must rectify that situation soon if they are going to be taken seriously this season. It would be a real shame to waste a year of John Wall and Bradley Beal in their primes. Honestly, it would be downright criminal to do so. I would be sorely disappointed if the Wizards don’t make two significant moves before the trade deadline. They need to send a message to their players, fans and to Kevin Durant that they are willing to do whatever it takes to win. There is still plenty of time to turn things around, and they have the pieces to do so.